To share your memory on the wall of Walter Waldrop, sign in using one of the following options:

Provide comfort for the family of Walter Waldrop with a meaningful gesture of sympathy.

Always called by his nickname, Top was born January 14, 1936 in Itasca, Texas to Walter and Gladys Waldrop. He enlisted January 1952 in the US Air Force, then re-enlisted on Jan 26, 1956 in the US Air Force in Dallas, TX. He received the following honors: good conduct, National Defense Service medals, secret clearance 4-20-59, HW 36th ACFT OBSR TMGWG (ATC) Harrington Air Force. The Korean War was a big accomplishment for him, he remembered it well. Top spent time in every state in the US and as well as living in Italy, Rome, Africa, and Alaska. He married Charlene Howell in 1941 and stayed in England Air Force Base in Louisiana.

Life as Top knew it revolved around the love of his Family and Faith. His philosophy was always say three words to every person that touches your life: before the phone hangs up, before you leave, or any way you speak the love from your heart. (The words I Love You). It made us better people to hold that thought.
On June 2, 2019, Top played with his grandchildren and spoke to all his family, listened, laughed, told jokes, told on all of his grandkids stunts. He told his daughter, he would keep holding her hand. He had the best of both worlds with his newest great-great grandson, Hagen Dean, playing on his legs and him just laughing. He had five generations of kids with him, three grandsons and their wives, 8 great grandchildren, and one great-great grandchild.

Top was preceded in celebration by his parents, Walter and Gladys; brothers, Leo and Harold; sister, Patsy; and wife, Charlene Faye Waldrop.

Receive notifications about information and event scheduling for Walter

We encourage you to share your most beloved memories of Walter here, so that the family and other loved ones can always see it. You can upload cherished photographs, or share your favorite stories, and can even comment on those shared by others.

Posted Jun 05, 2019 at 05:00pm
Janice,
We at Seniors Complete Insurance are sad to hear that your dad, Walter has passed away.
We know that he will be greatly missed.
May you all find peace in our Lord. May you all be comforted by your memories of Walter.
Sincerely,
Teresa Cassidy & Staff
Comment Share
Share via:
E

Posted Jun 04, 2019 at 04:58pm
My condolences to the Waldrop family. I'm sorry to hear about the loss of dear Walter. Some Bible scriptures that have helped me during times of loss include Isaiah 26:19 and Psalm 37:28,29 which states in part: "Your dead ones will live...They will rise up". And the Bible also says "The righteous themselves will possess the earth and they will forever reside upon it". Therefore the Bible promises that we may be reunited with our loved ones lost in death by means of an earthly resurrection. This is further confirmed by John 5:28,29 which says "Do not marvel at this, because the hour is coming in which all those in the memorial tombs will hear his voice and come out". This is possible thanks to Jesus Christ's ransom sacrifice. Thus we have a genuine hope of everlasting life in a world without wickedness or suffering.
Comment Share
Share via: 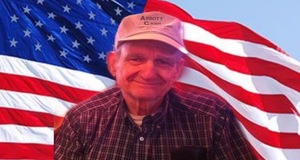