To share your memory on the wall of Roger Collins, sign in using one of the following options:

Roger was born August 21, 1947 to Robert George and Doris Marcel Collins in Waco, Texas. He was raised and spent his life as a cattle rancher and order buyer in Chilton, Texas. Roger served in the National Guard 1967-1973. He served on the Chilton School Board, Chilton Volunteer Fire Department and Chilton Quarterback Club during his life. He was a member of Golinda Baptist Church.

He was preceded in death by his parents, R.G. and Doris Collins.

Special thanks to the doctors and nurses of Providence Hospital ICU and 4 North for their wonderful care. Thank you to Elvira Perez and Rael White Roger’s caretakers and friends.

Receive notifications about information and event scheduling for Roger

We encourage you to share your most beloved memories of Roger here, so that the family and other loved ones can always see it. You can upload cherished photographs, or share your favorite stories, and can even comment on those shared by others.

LOVE, LANCE & CHARLEE WEDGEWORTH, Ramona Jones, and other have sent flowers to the family of Roger Dale Collins.
Show you care by sending flowers

Posted Dec 04, 2019 at 03:54pm
Toni, Natalie, & Jennifer,
Thank you for allowing us to care for your father. Our thoughts and prayers are with you at this difficult time.

Posted Dec 03, 2019 at 09:33am
So very sorry for your loss. Roger was mess but one of my favorites. He always gave me a hard time when he came in to the office, but I gave it right back and I loved it. He will be missed by many. Prayers and blessings to the family. LeAnn Bridges-Hadley
Comment Share
Share via:
HS

Flowers were purchased for the family of Roger Collins. Send Flowers

Posted Dec 02, 2019 at 03:37pm
Toni, my prayers are with you during this time of grief. May your Dad Rest In Peace. God bless him and you and your family.
Comment Share
Share via: 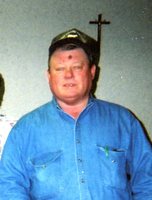