To share your memory on the wall of Rayburn Darst, sign in using one of the following options:

Provide comfort for the family of Rayburn Darst with a meaningful gesture of sympathy.

Print
Rayburn Darst, went to be with his Heavenly Father, Sunday, July 7, 2019. A memorial service will be held 10 am Saturday July 20, at the Bruceville Baptist Church, 201 Benton, Bruceville, TX.

Ray was born February 6, 1936 in Lesage West ... Read More
Rayburn Darst, went to be with his Heavenly Father, Sunday, July 7, 2019. A memorial service will be held 10 am Saturday July 20, at the Bruceville Baptist Church, 201 Benton, Bruceville, TX.

Ray was born February 6, 1936 in Lesage West Virginia, to Clarence and Lenora Darst. Ray lived life to the fullest, loved the challenge of trying something new. No matter the venture, Ray was sure to be enthusiastically engaged. He served 4 years in the Air force during the Korean War. He went on to work for the Federal Government in different capacities, his last as Logistics Mgmt Specialist for the U.S. Army at Vint Hill Farms Station, Virginia. His love of travel was realized during his tour in the Air Force and his civil service career, which included positions in several US states, Germany, and Vietnam.

Ray was preceded in death by his parents; Clarence and Lenora Darst; brothers, Nathan, Hollis and Stephen; and sister, Kathleen.

We encourage you to share your most beloved memories of Rayburn here, so that the family and other loved ones can always see it. You can upload cherished photographs, or share your favorite stories, and can even comment on those shared by others.

Posted Jul 15, 2019 at 05:04pm
Praying for God's perfect peace during this difficult time. With love and sympathy, Bobby & Juli Armour

Flowers were purchased for the family of Rayburn Darst. Send Flowers

Flowers were purchased for the family of Rayburn Darst. Send Flowers 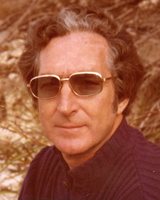