To share your memory on the wall of Marjorie Poston, sign in using one of the following options:

Provide comfort for the family of Marjorie Poston with a meaningful gesture of sympathy.

We encourage you to share your most beloved memories of Marjorie here, so that the family and other loved ones can always see it. You can upload cherished photographs, or share your favorite stories, and can even comment on those shared by others.

Posted Jun 22, 2019 at 01:19pm
Don so very sorry to hear about Margie. She was certainly a very special person. She never met a stranger or give you the impression you were. You always felt like a friend. Such a beautiful lady and spirit. It has been some time since we seen each other but I was friends with Lyndon. I’m sure they are talking up a storm. My prayers go out to you and your family. I am in Arizona until next week but wanted you to know I care about you. Love Lue Ann Henson
Comment Share
Share via:
DW

Posted Jun 20, 2019 at 11:54pm
Don and Family,
So very sorry to learn of Marg's passing. She was one wonderful lady to have put up with all of you guys. Know that she will be greatly missed by family and friends.
Prayers and love to you all!!
Dee Winter
Comment Share
Share via:
DS

Posted Jun 19, 2019 at 08:16pm
I am sorry to hear about your loss. My thoughts and prayers are with the Poston family.
Comment Share
Share via:
HS

Flowers were purchased for the family of Marjorie Poston. Send Flowers

Posted Jun 19, 2019 at 04:34pm
Loved Mrs. Majorie! Always so kind to everyone! There were many a Sundays that she would pick me up when I was walking to Sunday school. She will be missed! Prayers for all of the family! Amanda Urbantke Freeman
Comment Share
Share via: 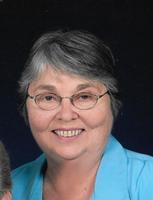