To share your memory on the wall of Johnie Curtis , sign in using one of the following options:

Provide comfort for the family of Johnie Curtis with a meaningful gesture of sympathy.

In lieu of flowers, the family requests donations to The American Red Cross.
Read Less

Receive notifications about information and event scheduling for Johnie

We encourage you to share your most beloved memories of Johnie here, so that the family and other loved ones can always see it. You can upload cherished photographs, or share your favorite stories, and can even comment on those shared by others.

Allyson and Tony Prestidge, The Engel Family, and others have sent flowers to the family of Johnie Janel Curtis (Sims).
Show you care by sending flowers

Flowers were purchased for the family of Johnie Curtis . Send Flowers

Posted May 23, 2019 at 01:55pm
Johnie was without a doubt, an inspiration to everyone who knew her. My husband, Kevin and I, are members of Meadowbrook Baptist Church and it was always a joy to see her. What an amazing woman she was. May God bless you all as you've lost a true angel. Ms. Johnie will be truly missed.
Denise and Kevin Ballew
Comment Share
Share via:
AP

Posted May 23, 2019 at 12:11pm
Some of my earliest memories of are Johnny and Dick as I grew up across the street from them. She was an amazing kind and caring woman who lived and extraordinary life. Condolences to the family as she will be greatly missed.
Comment Share
Share via:
TF

Posted May 23, 2019 at 11:14am
Condolences on your loss. She was an amazing woman and the best neighbor a young boy could have growing up. She will be deeply missed.

The Engel Family purchased the Sweet Tranquility Basket for the family of Johnie Curtis . Send Flowers 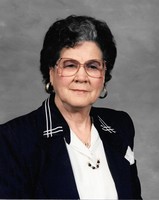