To share your memory on the wall of Joe Rojo, sign in using one of the following options:

Provide comfort for the family of Joe Rojo with a meaningful gesture of sympathy.

We encourage you to share your most beloved memories of Joe here, so that the family and other loved ones can always see it. You can upload cherished photographs, or share your favorite stories, and can even comment on those shared by others.

Linda Breiten and Charles & Heather Briscoe have sent flowers to the family of Joe Tobar Rojo.
Show you care by sending flowers Posted Aug 02, 2019 at 04:20pm
George, our thoughts are with you during this difficult time. Love your Pro Image Sports family

Flowers were purchased for the family of Joe Rojo. Send Flowers

Flowers were purchased for the family of Joe Rojo. Send Flowers

Posted Aug 01, 2019 at 09:48pm
Joe was truly a special guy. His sense of humor would drive laughter in the most inopportune times. You could tell immediately Joe was loved and loved his friends and family fiercely. I will always hold him close to my heart.
Comment Share
Share via: 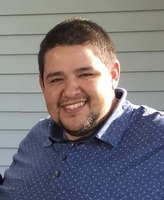 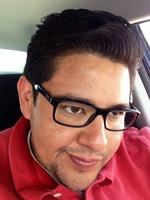