To share your memory on the wall of David Epps, sign in using one of the following options:

Provide comfort for the family of David Epps with a meaningful gesture of sympathy.

We encourage you to share your most beloved memories of David here, so that the family and other loved ones can always see it. You can upload cherished photographs, or share your favorite stories, and can even comment on those shared by others.

Ken and Soula Wasson, Craig Miller, Business Manager IBEW 72, and others have sent flowers to the family of David Harlon Epps.
Show you care by sending flowers

Posted Jun 17, 2019 at 02:05pm
I have always respected Dave for his straight forward approach to life. You knew where he stood at all times. I considered him a good friend. Dave we will miss you but your memory will live in our hearts forever.
Comment Share
Share via:
KW

Posted Jun 16, 2019 at 10:00pm
There was nobody quite like you, Dave, and I am so blessed that our shared love of my sweet sister brought you into my life. You were such a source of inspiration and support to April during her battle, and I know that she must have been waiting at the gates with open arms when you made it home to Jesus. I will miss my Sunday hugs though, so save them up for me. You've been a blessing in my life, and I can promise that we will continue to love and support your family as they cope with your loss and rejoice that your suffering is now over. I love all of you, and will be praying for your comfort and peace.
Comment Share
Share via:
C7

Posted Jun 16, 2019 at 07:10pm
Sorry for your loss. Blessings from the Brotherhood of IBEW 72 officers, staff and membership.

Posted Jun 16, 2019 at 01:58pm
My thoughts and prayers are with you all in your time of sorrow. David was a good man.
Comment Share
Share via: 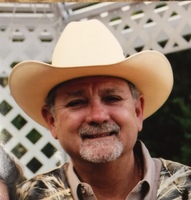