To share your memory on the wall of Mark Frazar, sign in using one of the following options:

The gesture that can change the world

We encourage you to share your most beloved memories of Mark here, so that the family and other loved ones can always see it. You can upload cherished photographs, or share your favorite stories, and can even comment on those shared by others.

Neva Tate and Larry A Parsons have sent flowers to the family of Mark Frazar.
Show you care by sending flowers

Posted Oct 22, 2019 at 05:54pm
Connie,
Thank you for allowing us to care for Mark. Our thoughts and prayers are with you at this difficult time.

Posted Oct 22, 2019 at 05:00pm
So sorry to hear about Mark, thoughts and prayers to the family... Mark was such a sweet and kind sole , who loved watching his kids play ball.... he watched all our girls grow into beautiful ladies. It was an honor to know him and pleasure coaching with him... sad to hear just now about the services and not going to be able to make tonight and tomorrow due to work, but he will be truly missed
Comment Share
Share via:
HS

Flowers were purchased for the family of Mark Frazar. Send Flowers

Larry A Parsons purchased flowers and planted a memorial tree for the family of Mark Frazar. Send Flowers 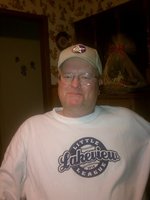